Having spent 4 days in sunny Portugal experiencing the tram life and also trying authentic Portuguese egg tarts amongst other things, it was time to head back to London. The outbound journey was from London Stansted to Porto on Ryanair and after spending 1 night in Porto I took the rail to Lisbon. Fortunately when booking was made, TAP Portugal offered a good deal from Lisbon to London City (£36) and as LCY is my preferred airport given the proximity to where I live, it was another no-brainer with the fare (similar to my flight from Geneva back to London which you can read about here). As it will be my very first time flying TAP Portugal, I was looking forward to my flight back to the UK even though it also marked the end of my holiday.

Arrived at the airport via the metro on the day of departure. 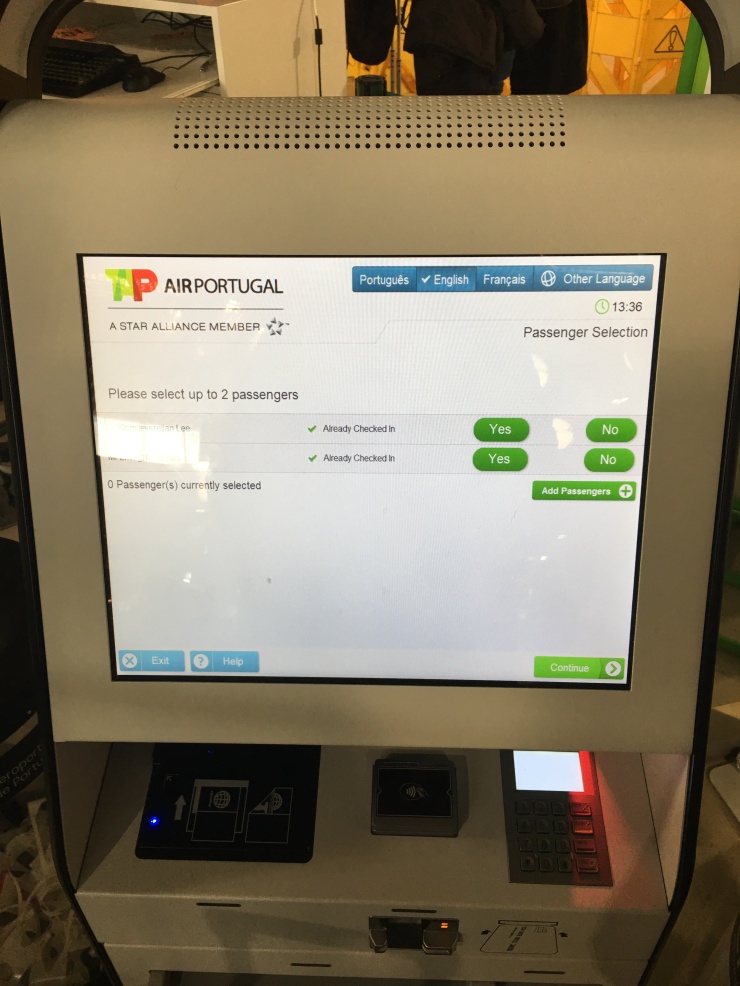 As web check in has already been done prior to arriving at the airport, I headed to the self service kiosks to get my boarding pass printed (and yes, I was travelling with a friend if you noticed). 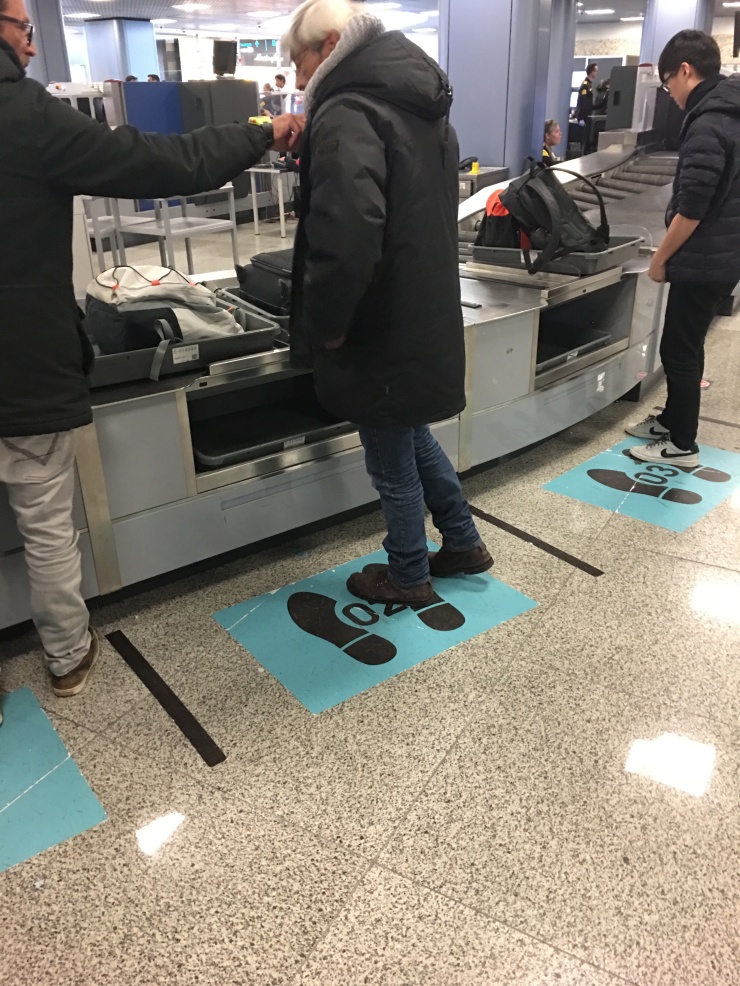 A very systematic approach to security check that is adopted at LIS with numbered holding points, which seems to be the norm at major airports nowadays.

Cleared security in no time given the rather short queue. 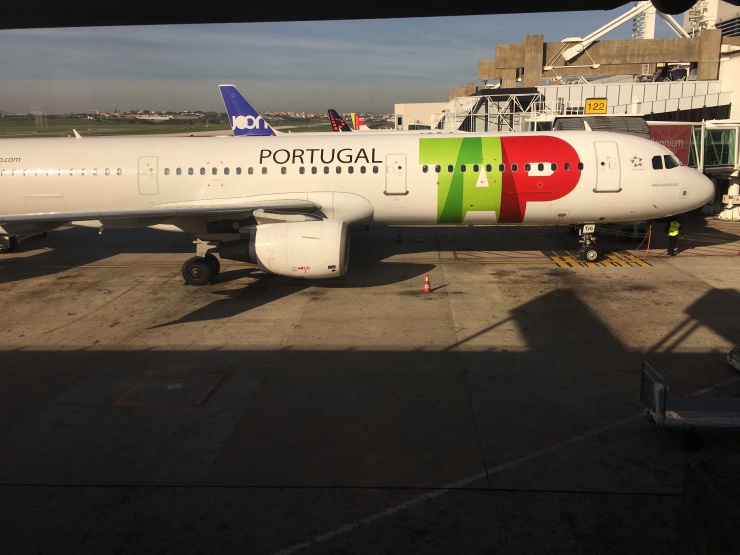 As I arrived at the airport rather early, there was ample time to spare. Thankfully, there was a nice spot for me to do some plane spotting whilst waiting for my boarding gate to be announced.

It turned out that my flight’s departure has been delayed due to the late arrival of the incoming aircraft and I had about an extra hour to spare. Decided to grab something light to eat at McD before heading to my boarding gate after going through passport control.

Arrived at my assigned boarding gate with no aircraft yet in sight. 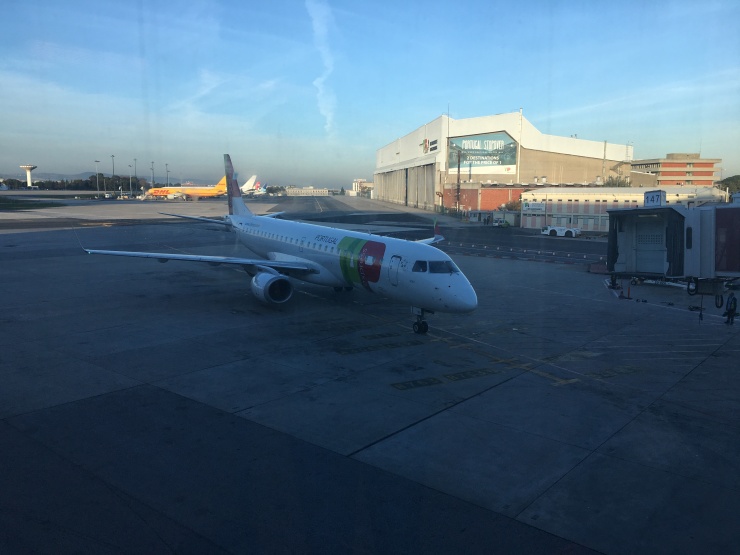 My aircraft back to London arrived approximately 5 minutes after I reached the gate.

Boarding was called after a bit. Decent legroom for this ~3 hours flight on the Embraer 190.

Not a full flight that evening and boarding was completed rather swiftly. 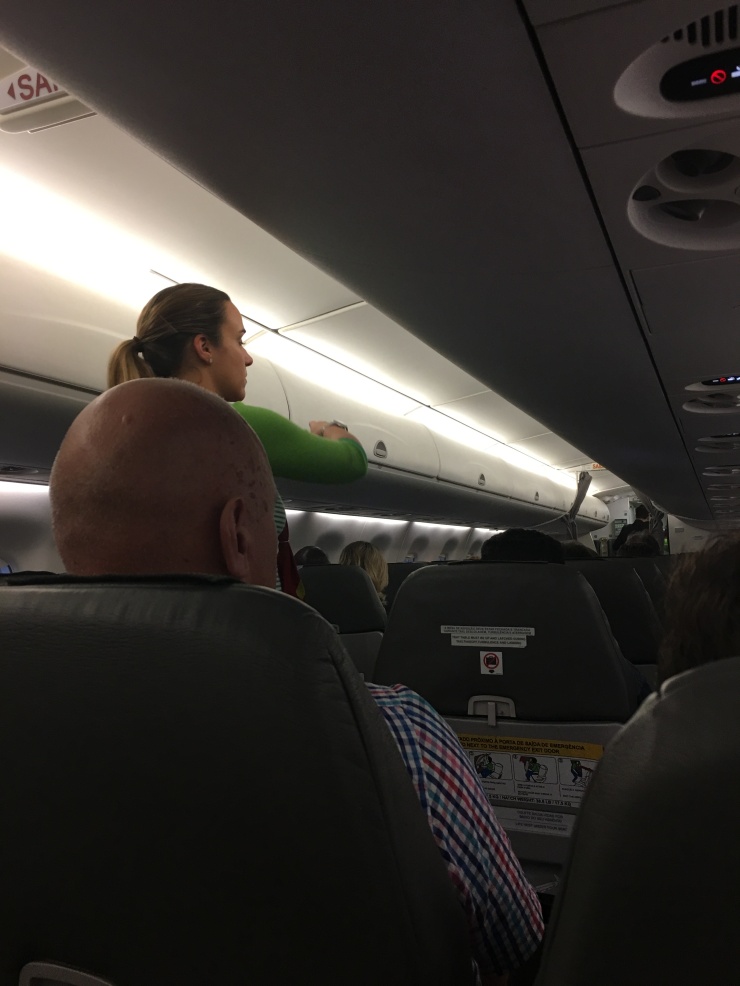 Safety demo was performed by the cabin crew manually before departure.

A short taxi to the runway for departure. 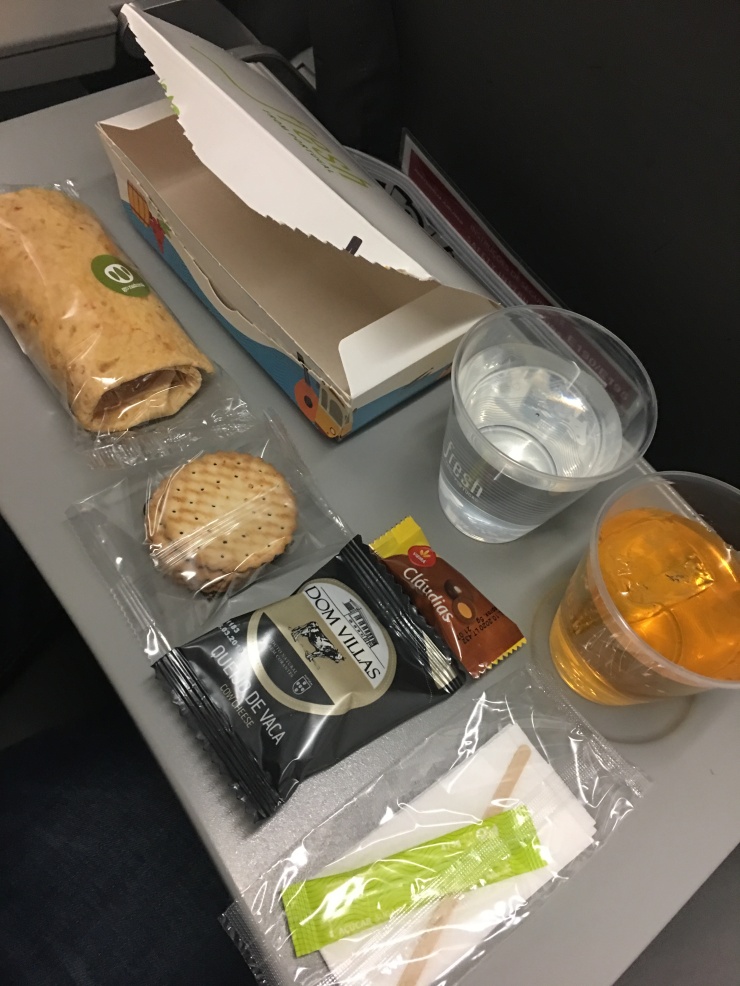 Shortly after take off, the service cart rolled down the aisle and to my surprise, complimentary F&B are provided to every passenger! Thumbs up as this is a rare sight nowadays even on full-service carriers in Europe. No choice was offered but the spread was impressive given the flight time, taste was decent as well. 🙂

Sunset as we approach the UK. 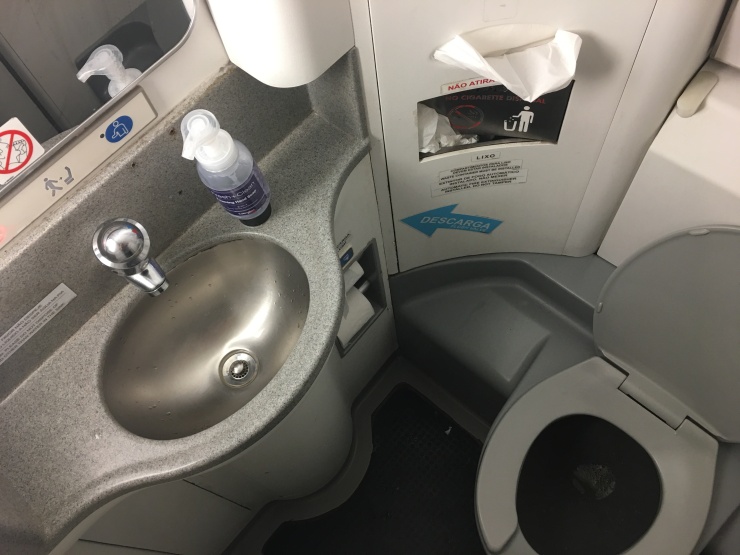 A visit to the loo after meal service was completed.

A shot of the aircraft from the back, note the 2-2 configuration onboard the Embraer.

Touched down at LCY about 30 minutes behind schedule due to the initial late departure.

Final look at my equipment of the day before I made my way to the awaiting bus that ferries passengers to the terminal building.

Given the fare I paid for this flight, I felt that overall it has exceeded my expectations. The soft product in particular the inclusion of F&B service even for the lowest fare bucket (though still not comparable to other Asian airlines which offer a choice of hot food onboard), it was very much appreciated as TAP Air Portugal is clearly differentiating itself from its competitors around the region. Besides that, the cabin crew onboard were friendly and although the hard product on the Embraer was pretty minimalistic it was overall comfortable for the flight that was a tad bit longer compared to other European flights to/fro London. That said, I am intrigued by the standard TP has set and I hope to be able to try their long haul product in the future.