Off to the airport from the Old City via bus transfer (tickets bought in advance) which picks up from the bus stop near the cable car station entrance.

Arrived at the rather small airport after a scenic bus ride for about half an hour.

Looking forward to my first flight with BA. 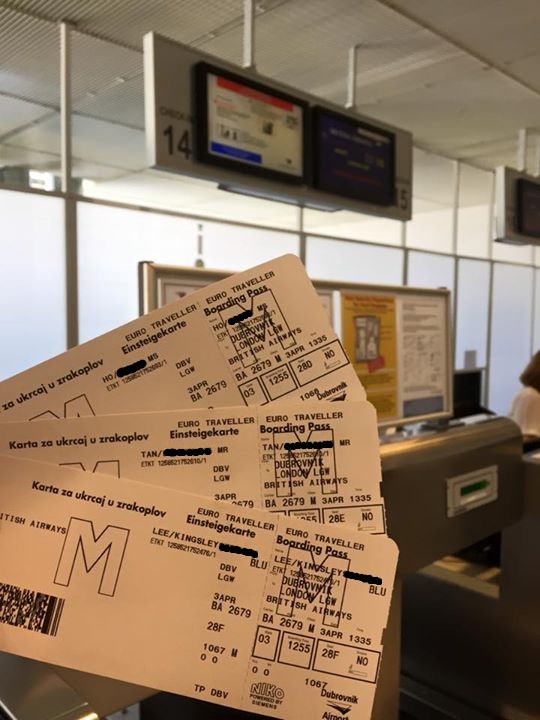 Check in was done in no time by the friendly ground personnel. Was sad to receive the Dubrovnik Airport labeled boarding pass instead of BA’s though.

Upon entering departures lounge after passing through the duty free area. 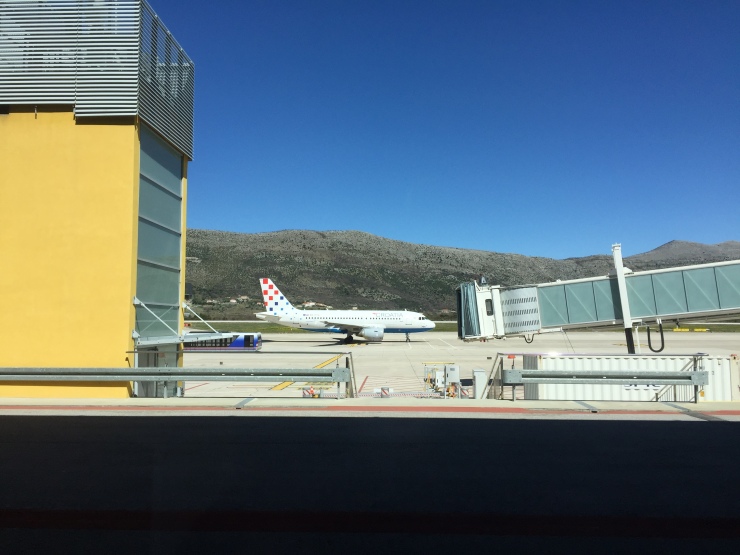 Not much activity at DBV, Croatian Airlines seen above taxiing to the runway for takeoff, after which there were no airplanes on the ground until the arrival of my aircraft from London.

Late arrival of the inbound aircraft, causing a slight delay to my departure time.

Boarding was done by bus ferrying passengers to the plane following by a staircase climb. 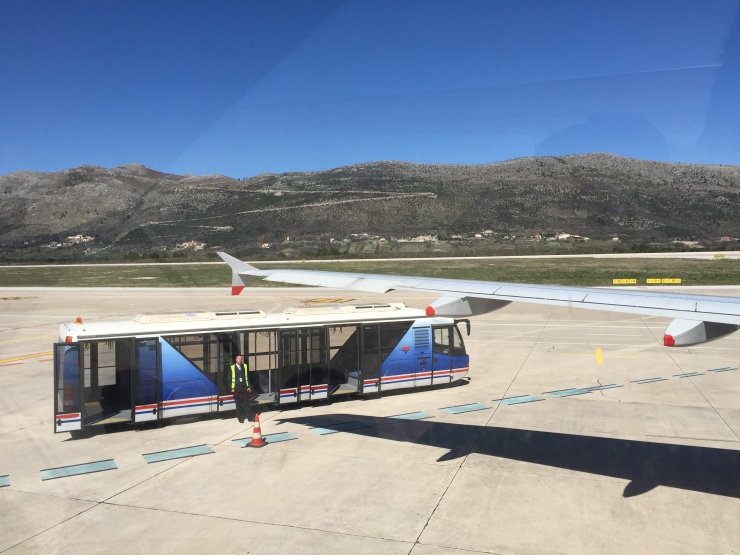 All boarded. “Can all ground personnel please leave the aircraft”. 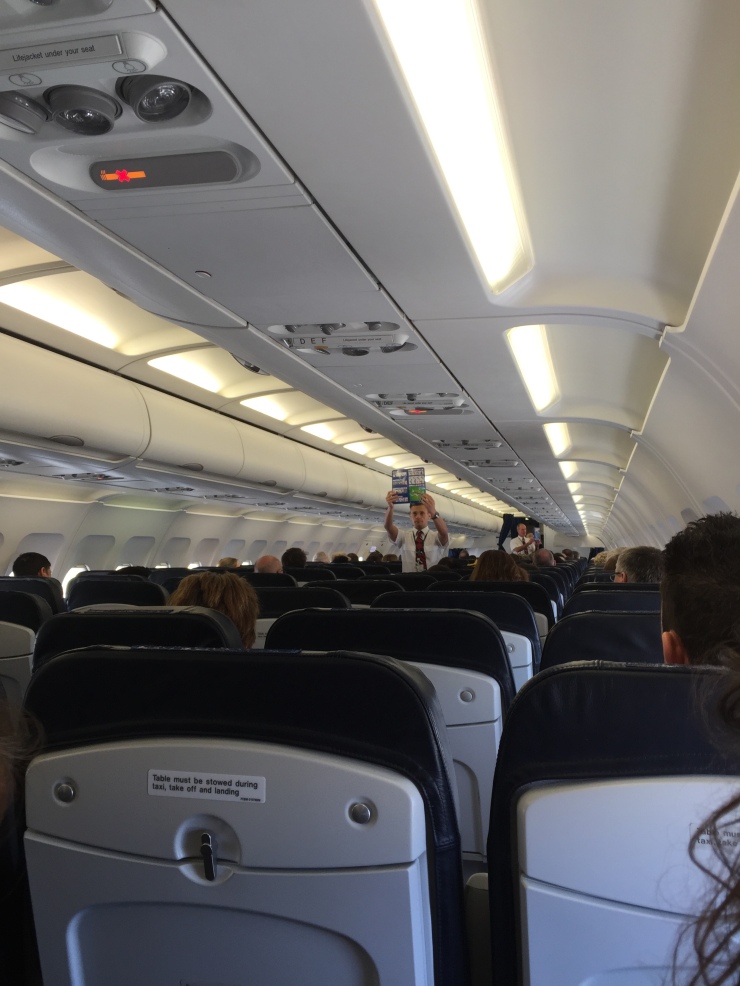 Manual safety demo while the aircraft taxis to the runway.

DBV under construction. Yay to aerobridge in the future? 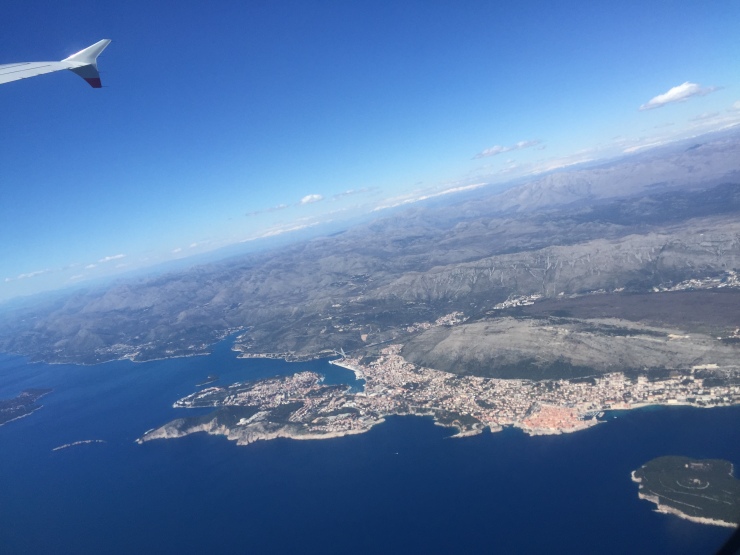 Mandatory front pocket shot. Model aircraft not sold on this sector though. 😦 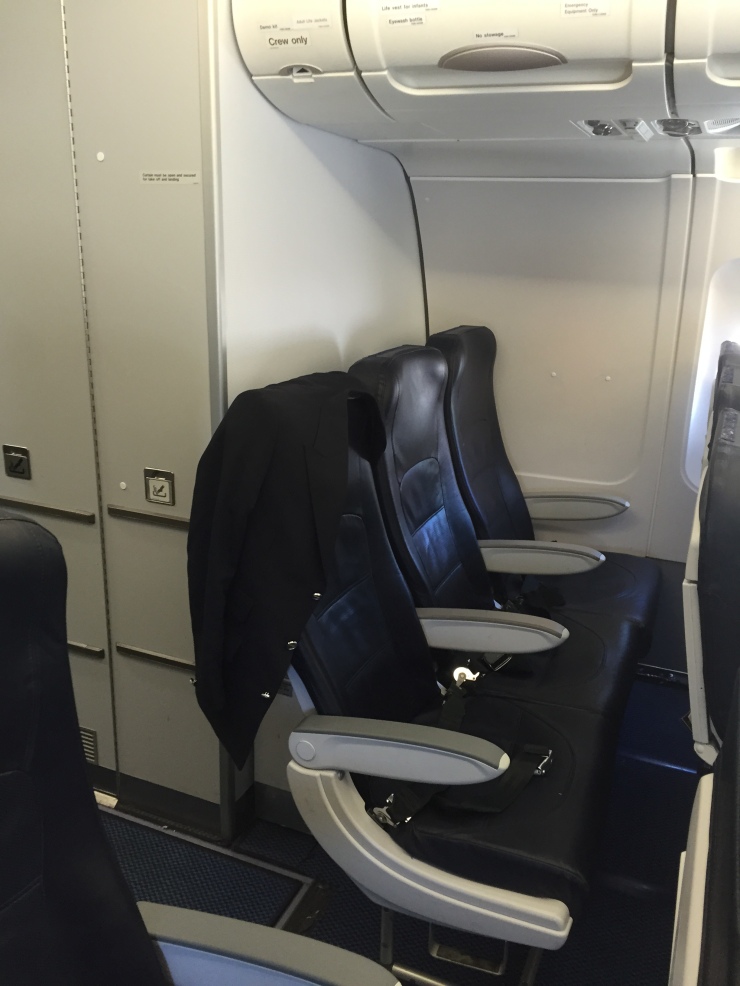 Not a full flight today, about 70% load. As evident above, empty seats being multi-purposeful. 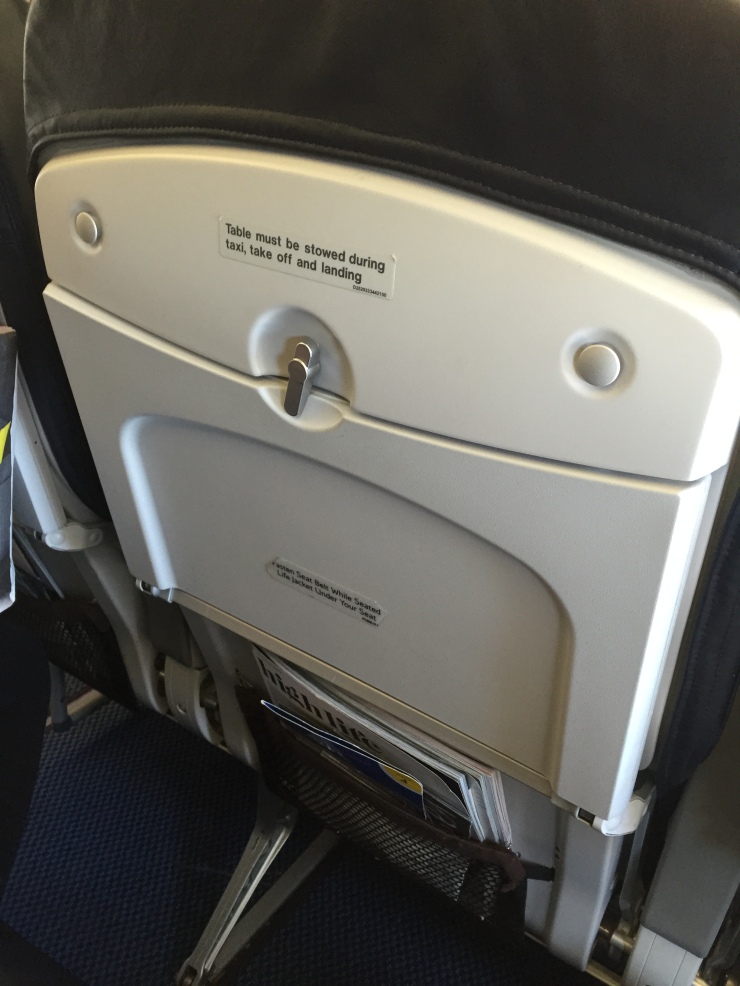 Meal is served. No options were given, only this Moroccan style roasted vegetables wrap and a Wensleydale & chutney roll available. I was expecting a full meal for the slightly under 3 hours flight. Nevertheless, the wrap and roll tasted superb.

Some coke and water to accompany the meal.

Toilet visit. Rather ordinary comparing to other A320 by LCCs except the BA labeled tissue box.

Final approach into London Gatwick after a flying time of almost three hours. 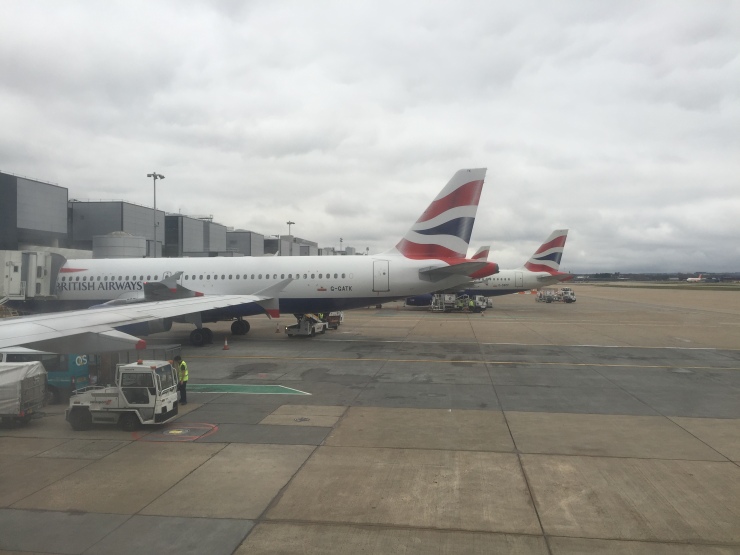 Plane docked at the gate after a rather long taxi.

Disembarked and this marks the end of my first experience onboard BA.

Overall a great experience onboard BA, totally changed my perception towards British Airways where initially I thought it was going to be a rather monotonous flight as most of their FAs are rather senior. I found the flight to be very enjoyable thanks to the friendly and helpful FAs who were prompt to requests. Catering was good, but lacks quantity, BA should consider offering full meals in the future. No complains other than that! Would definitely consider flying the LHR-KUL route in the future onboard BA (hopefully on their new B787), I wonder if their long haul service is on par with this short haul service?