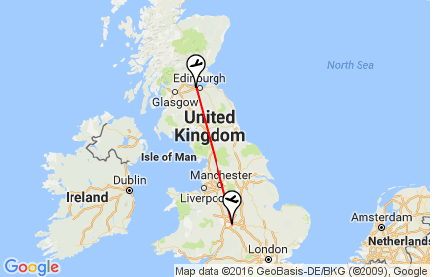 This trip is a rather unplanned one, being an invitation by a friend of mine in university to participate in an insight day at the Royal Bank of Scotland’s HQ in Edinburgh. If that did not sound tempting enough, the transport costs will be reimbursed, which is a no-brainer. As the insight day falls on a Friday, I have decided to spend a night in Edinburgh and explore the city the next day as it will be my very first visit to Scotland. For those who have read my previous trip reports, you would have known that my university is in Coventry and hence the nearest airport to my place would be Birmingham. Thus, for the outbound journey I have decided to go for FlyBe from BHX as they had decent flight times into EDI that allows me to arrive for my insight day on time early in the morning. Another new airline to tick off my list! 🙂 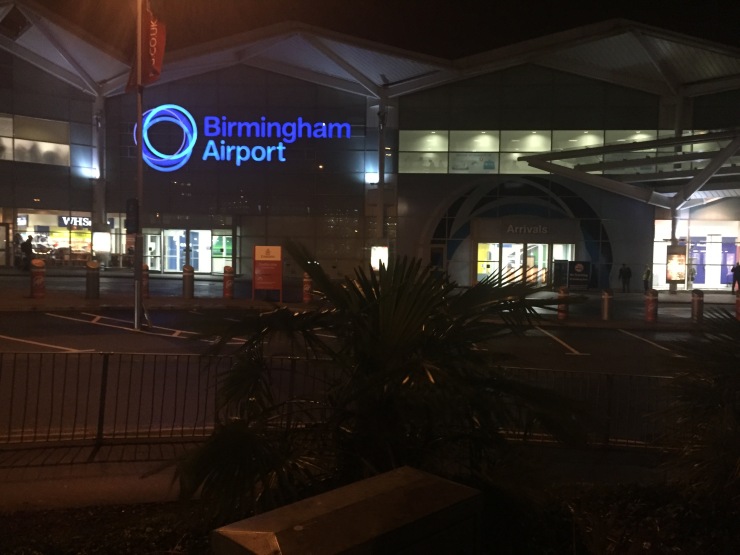 Arrived at BHX in the wee hours after a short 20 minutes taxi ride. 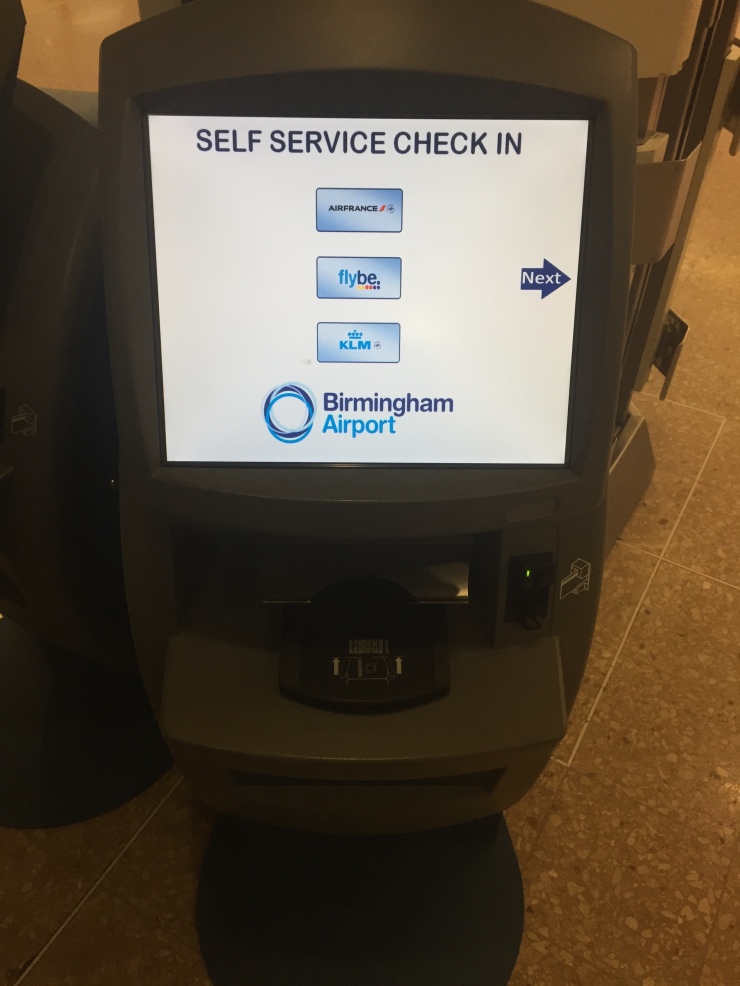 For those who are not familiar, FlyBe is the largest independent regional airline in Europe, based in Exeter, operating more UK domestic flights than any other airline. As I only had a small backpack, I did not purchase a check in baggage add on hence headed straight to the check in kiosk available to print out my boarding pass. 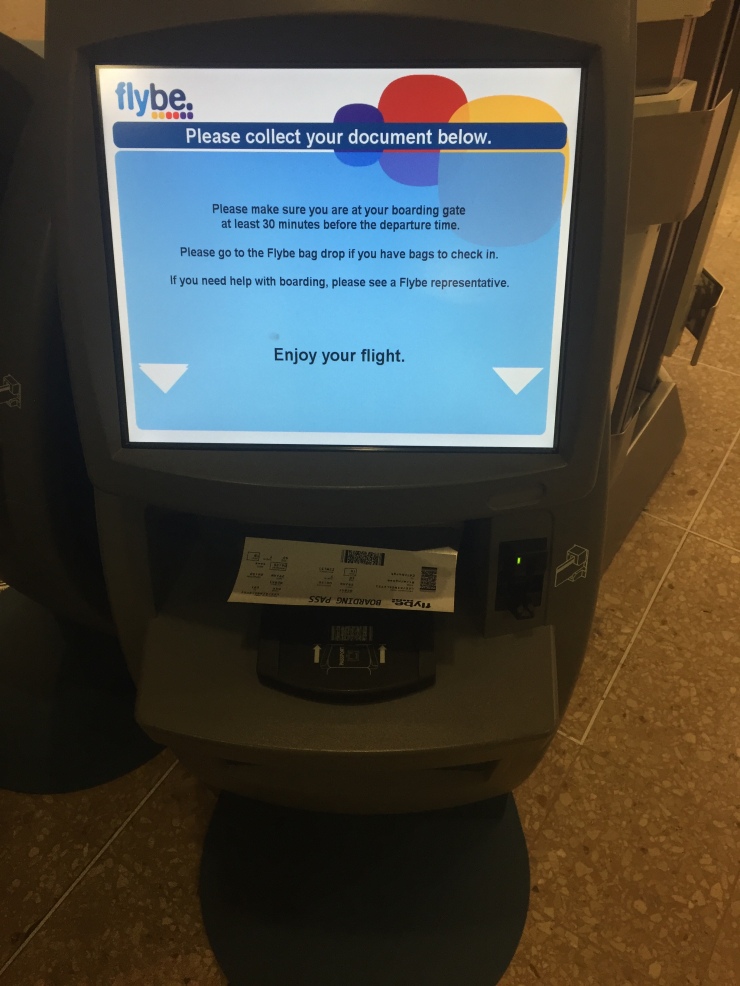 As I had checked in online the day before, I got lucky and was allocated seat 1B, which has extra leg room due to it being the first row of seats in the Embraer. 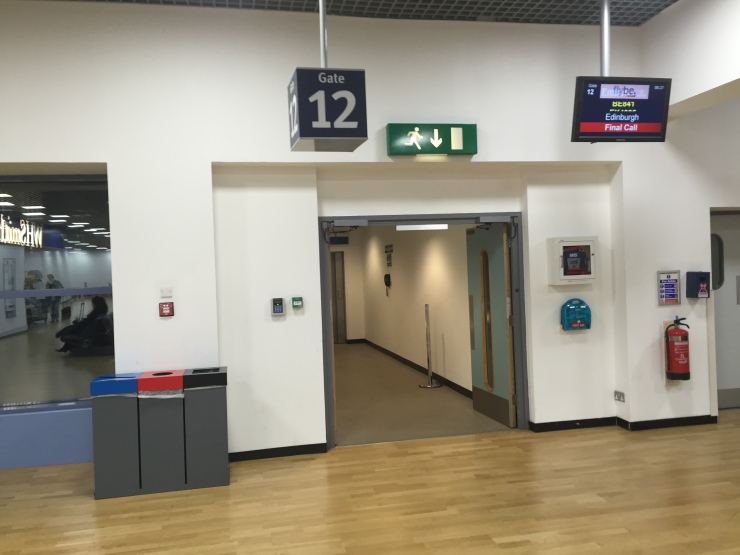 Security clearance took a while as it was the early morning rush at BHX with many flights departing with close timings to one another. My assigned gate that morning was 12 and it took quite a while to arrive from the main duty free area. As you can see, it was already final call when I arrived at the gate, after which I found out that it was a bus stand gate and there was a bus load of people waiting for the remaining few passengers before the bus left the stand to our Embraer which was parked at a remote parking bay. 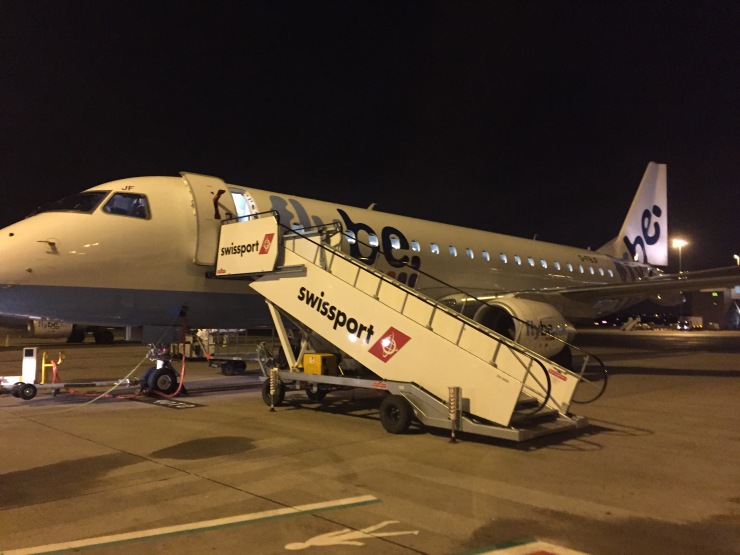 The Embraer that was flying me to EDI that morning. FlyBe’s fleet is mainly dominated by the Bombardier Dash 8 and I was glad that my flight was on a twin engine plane instead as it can be rather noisy on the turboprops. Well from the picture it may seem that the Embraer looks huge like an Airbus 320, it is actually much smaller and it is evident from the size of the engines and the height of the plane which are relatively smaller and shorter. 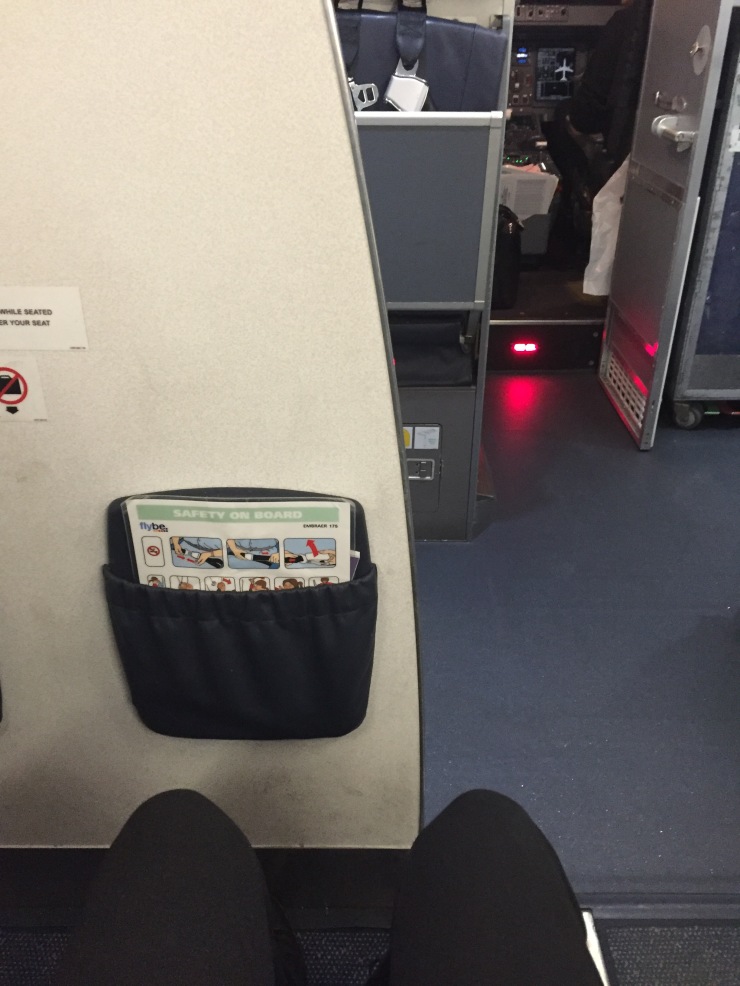 Not used to the immediate sitting down after boarding the aircraft. 😛 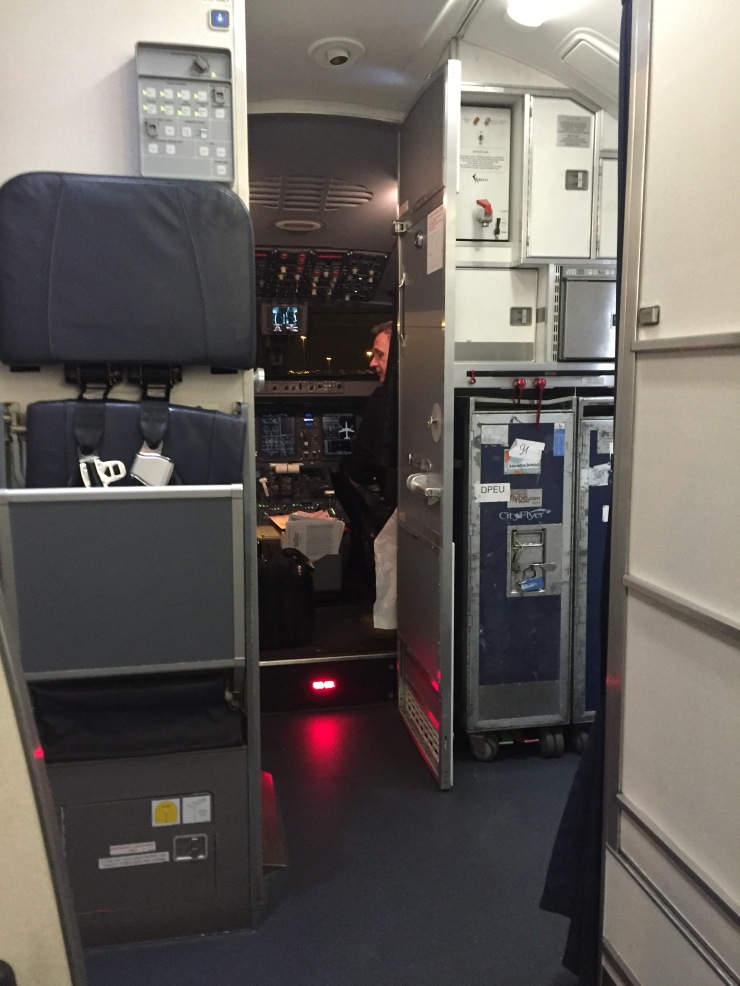 Nice peek into the cockpit with one of the pilots in sight. 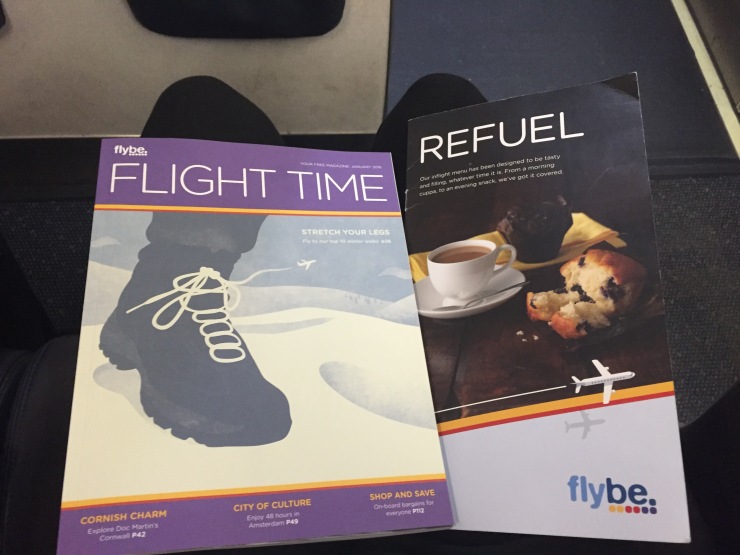 Reading material and the buy on board menu. 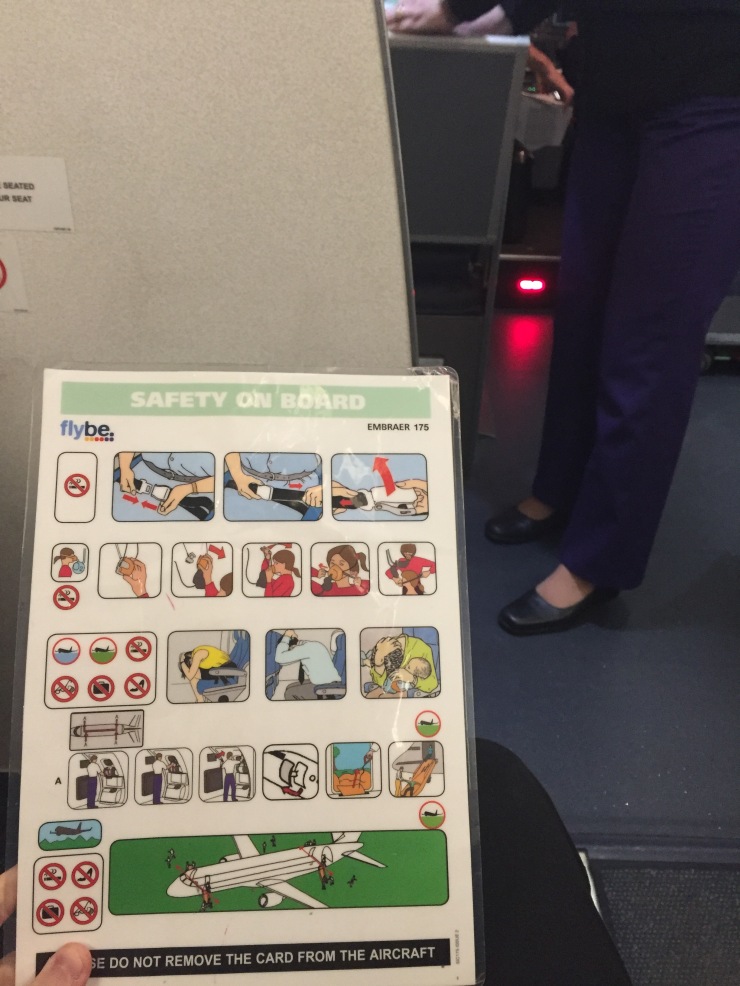 My very first time on an Embraer. Safety demo was done manually the cabin crew before take off. 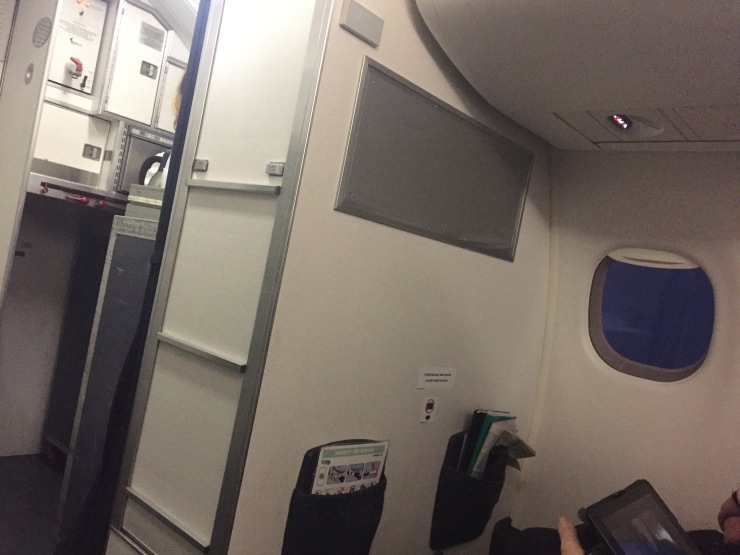 Plane took off on time and soon I was on my way to EDI. Love the huge and wide windows onboard the E175, and I wished I was seated at a window seat. Upon arrival at EDI, I found out from my friends which were on the same flight that the back of the aircraft remained pretty empty during the flight and they had 2 seats to themselves. 😦 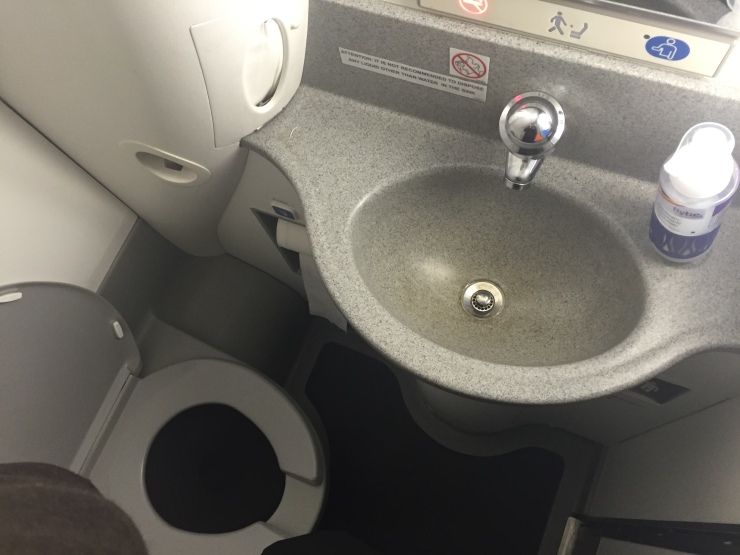 A quick visit to the loo, tinnier than usual. 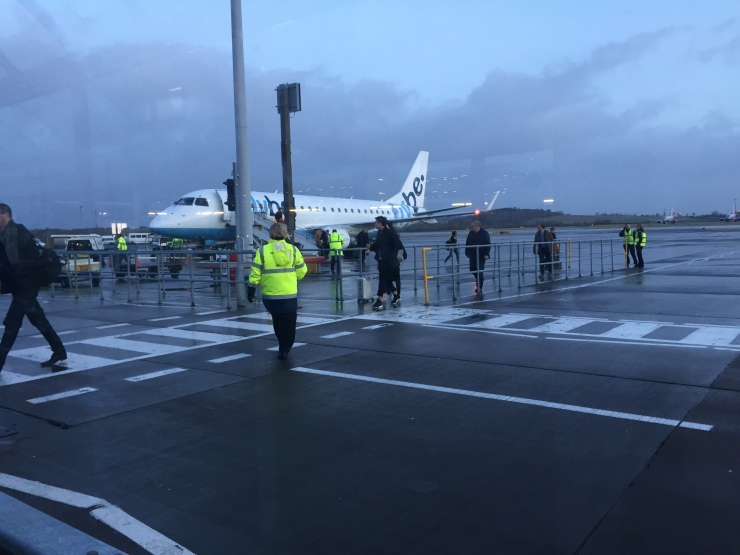 Did not purchase any meal onboard as my friend gave me some food prior take off. The short flight was pretty bumpy and I guess it was due to the size of the Embraer. Landed into EDI with a bad weather and had to brave through the strong wind and drizzle upon disembarking from the airplane at a remote stand. 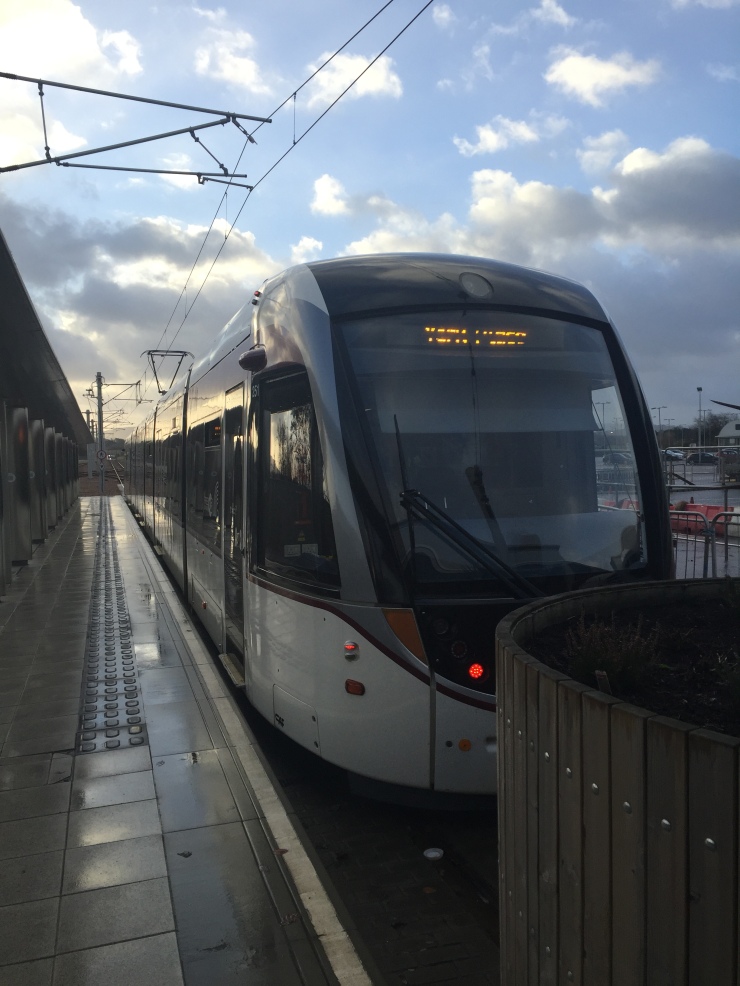 As the weather turned worse, my friends and I decided to hang around at the departures concourse within the terminal building as we had time to spare before heading to the venue of our event via the tram once the weather turned better.

Overall, it was a decent flight with FlyBe, the hard product was comfortable and I had the pleasure to have a better legroom which might cause my opinions to be slightly biased. In terms of the service, the crew onboard my flight seemed to be friendly and attentive, which is better than what one might experience on a typical Europe LCC. One of the crew which was looking after the front galley noticed that I had finished eating my apple during the flight and asked if I would like to dispose the core along with the seeds, which in my opinion is good service. Definitely a good first experience on FlyBe! 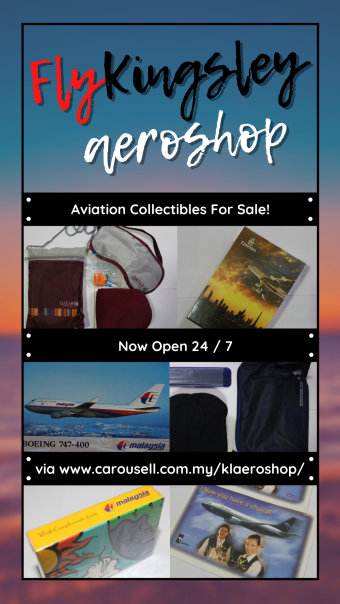