A rather last-minute discovery of an incredible discounted ticket (only £5 one way and £10 return!!) on Ryanair from London to Toulouse and I was sold on the idea for a day trip to this French city during one of the weekends back in November.

The main purpose of this day trip is to tick off one of my bucket list items as an avgeek, which is to visit the iconic Airbus Factory by participating in its factory tour. Having scouted online, I secured tickets via this site (http://www.billetterie.manatour.fr/gb/) for an Airbus Discovery Tour that will be conducted in English. There are also tours that are conducted in French for certain time slots within a particular day.

With an early morning arrival into Toulouse, I went for the 3.45 pm tour which will last for 90 minutes and the schedule being as follows per the website linked above (note the 3rd stage was not offered during my visit back in November and is something new).

After exploring the city upon arrival and a lovely lunch with a friend who is travelling with me, we made our way to the Airbus Factory Tour site which is accessible by tram from the city centre (alighting at Beauzelle – Aeroscopia). The journey took approximately 40 minutes and then it will be another 15 to 20 minutes walk from the tram stop to the actual site.

Clear signs upon arrival at the tram stop that directs visitors to the site.

More signs along the way hence it is not easy for you to get lost! 🙂 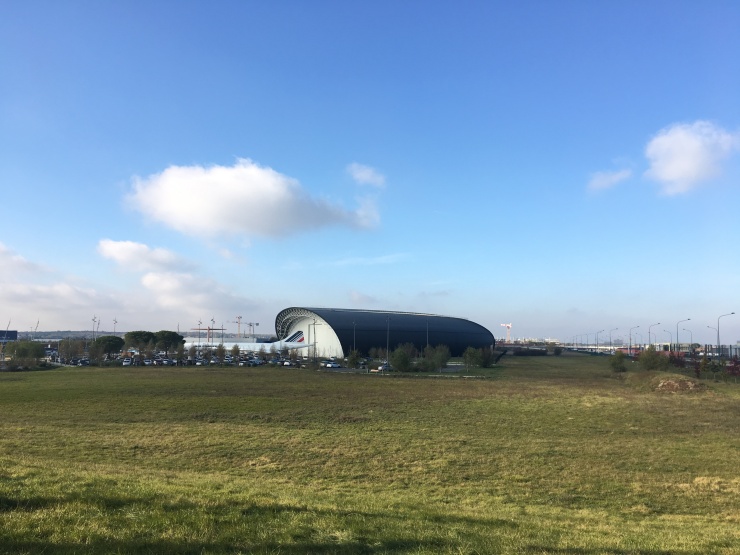 Soon after, you will realise that the signs are no longer needed as you could just direct yourself based on the iconic landmark in sight, the Concorde (in Air France colours)! 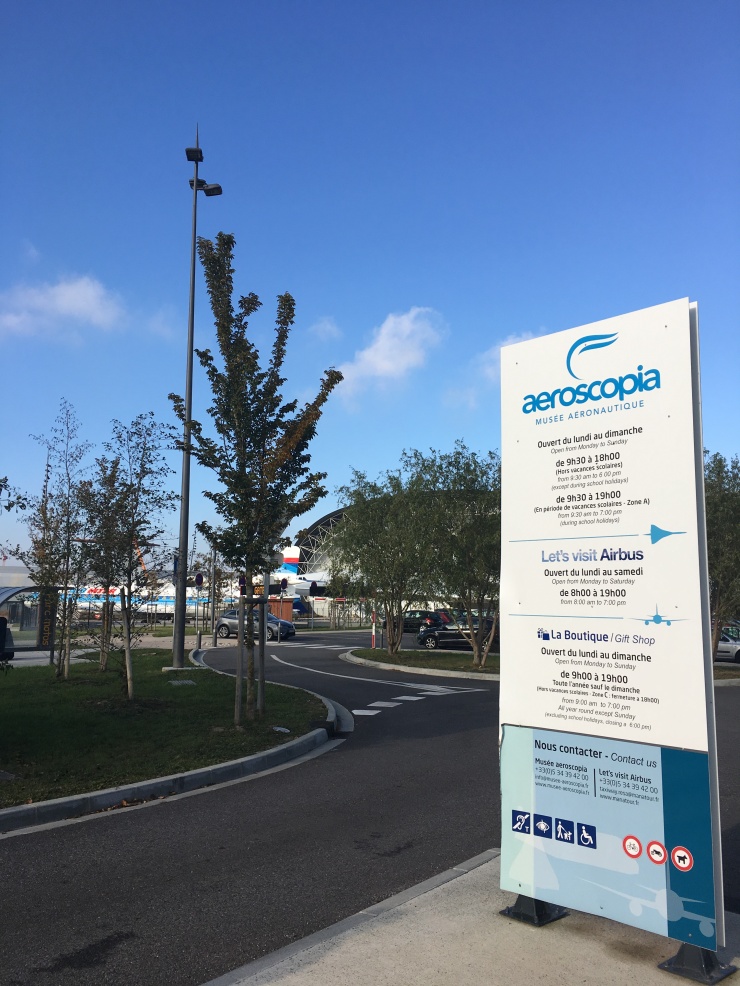 Getting more excited with every step taken, it is definitely a dream come true to be at such an iconic location of aviation. 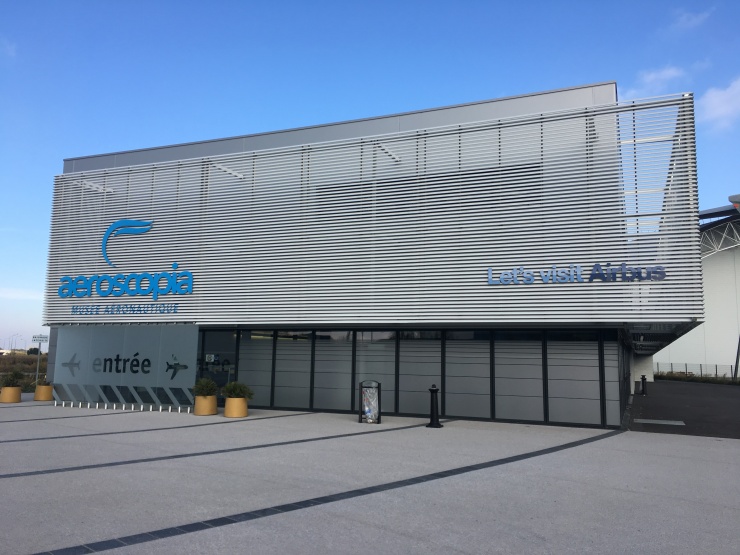 Entrance into the museum as well as the place where the tours begin.

Buzzing with curious visitors and avgeeks that look as excited as I am!

Collected our tickets from the counter and tried to get tickets for the museum (did not get it online initially), the first attendant advised that we should return on another day for it given that the time will be quite short for the museum visit after my tour, as it closes at 6 pm and my tour is expected to end at 5.15pm.

After discussing with my friend, we decided to proceed with getting tickets for it after considering that the museum does not look that huge and the time available to be spent should be sufficient.

Also, having had ticket for the tour, we got the museum ticket for a reduced price of only €7.50 instead of the usual €12.50!

What to do whilst waiting for your tour to begin? Visit the gift shop, and if you are a model airplane collector like myself, be prepared to be tempted by the various offerings here! 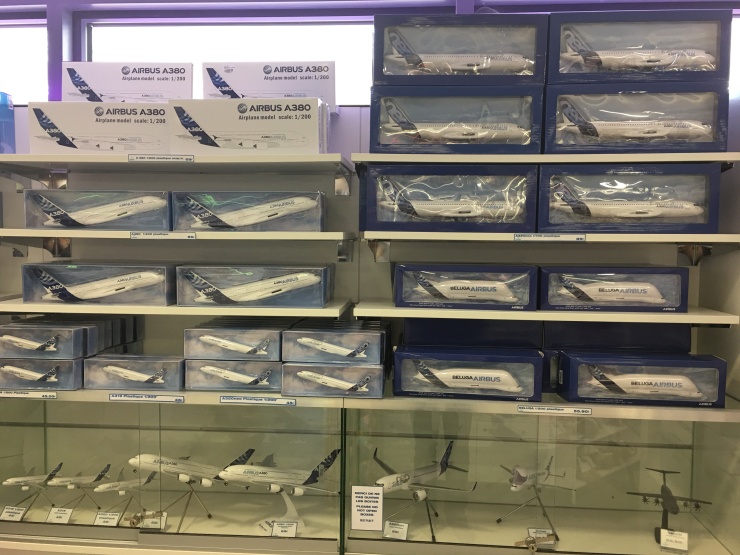 Them temptations that I have to resist, got myself a BelugaXL model nevertheless. 😛

A quick look at the floor plan of the location before my tour began with the introduction of the A380 production process after being bussed from the parking area to the final assembly hangar before ending at the Telemetry room where a presentation of the A380 programme and its certification campaign is screened to conclude the tour.

The production process was explained in detail with large posters on the lower ground upon arrival at the hangar with the different locations where parts of the A380 made are being highlighted before their arrival here in Toulouse for the final assembly.

Interesting point that I did not know before is that after the 380s are assembled they are then flown to Hamburg for painting and cabin fittings before delivery!

Then, we were taken to the lifts to the upper level which was very high up (about 45 metres) to have a panoramic view at the plant, and this humongous hangar is said to be able to accommodate 4 superjumbos at one instance.

Pictured during my visit was Singapore Airlines’ King of the skies at the far end along with an ex-Skymark (identifiable by its tail) which has been bought over by Emirates (the largest customer of the A380 by orders).

More EK A380s enjoying a sun bath as noted from the outdoor observation balcony, where it is explained that they are there as Emirates chose to defer a number of the 380s to a later delivery date. A couple of A350s for Qatar Airways could also be seen at the parking bays above.

About an hour into the tour, we were then bussed back to the main building where the tour ended with the presentation as mentioned earlier. Passing by another SQ A380 that is waiting to enter into the hangar I was in earlier.

The tour itself was really informative as it provided a comprehensive picture of how the A380 is being produced but the telemetry presentation was mainly on things that can be found online (eg: the test flight via Youtube) hence if only the time spent on that could be utilized on a longer tour around the plant with more areas covered rather than just the 1 hangar.

From an aviation enthusiast perspective, it is a no brainer, being able to get up close and personal (despite just having a bird’s-eye view) with the assembly inside the hangar is an amazing experience, and not to mention the reinforcement of my existing knowledge on the superjumbo.

PS: There are also other tours running (eg: the A350 one) which I was not aware when booking was made, but news from a friend of mine who went on that seemed like a better experience in terms of ground coverage of the whole Airbus site. Would have definitely went for both if I knew earlier! 😛

From a general public perspective, while most people on the tour seemed to be enthusiasts (with a large number in my group being avgeeks from Hong Kong [presumably studying in the UK], and interestingly some of them were actually on the same flight as me from London in the morning and back that night!), there wasn’t a noticeable presence of families with younger ones which somewhat makes sense, given that those under 6 are actually granted free access, I suppose this is an enticement? Nevertheless, I would recommend the tour to anyone who wants to know more or just generally wanting to improve their general knowledge on this area!

Time for a quick tour of the museum then after!

I will be visitor number 185 of the day it seems. 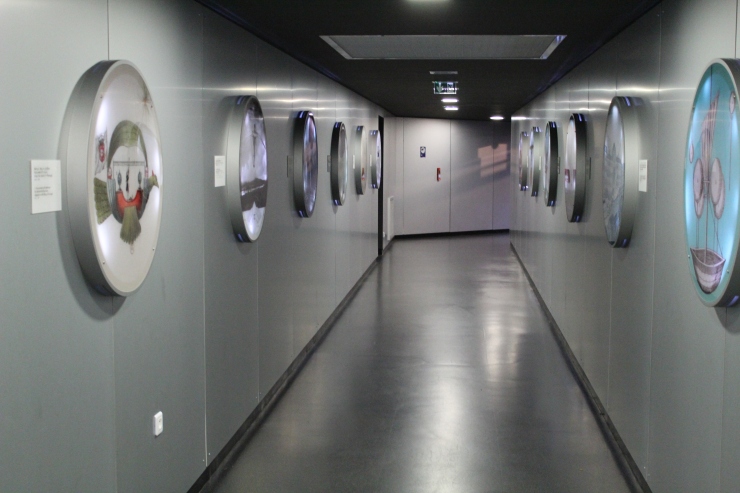 Walkway that leads to the hangar which is where the museum is in.

First up, checking out that sexy looking Concorde amongst others up close and personal on the tarmac! 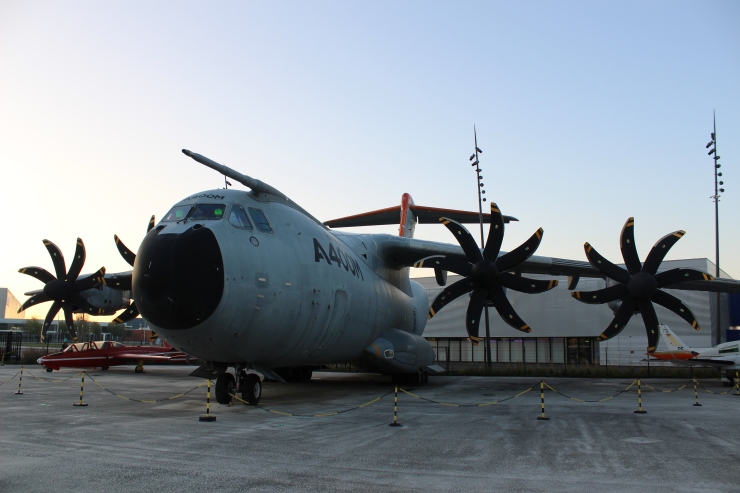 The A400M is also positioned on the tarmac, if only visitors are allowed to enter these aircrafts as well rather than just looking at them from the exterior (which seems to be the case on the current tour offered). 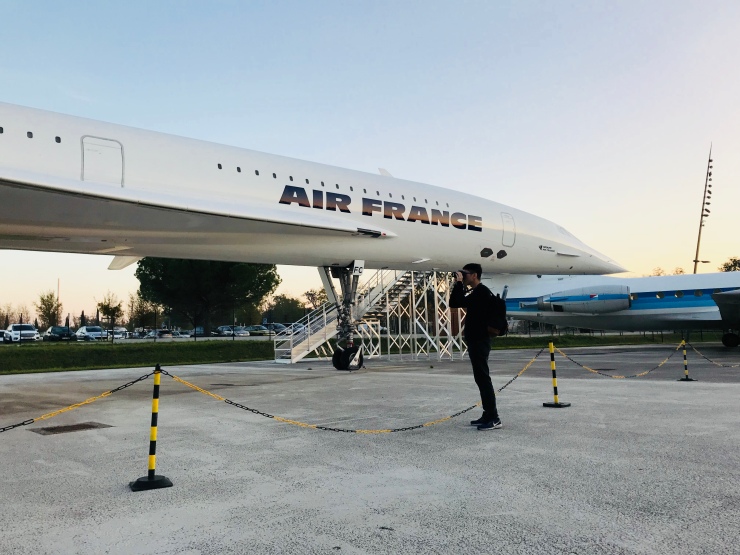 Very happy and grateful to be able to pose next to this amazing piece of history.

Up close and personal with the Concorde, this sexy looking plane had a take-off speed of 220 knots (250 mph) and a cruising speed of 1350mph – more than twice the speed of sound!

Some of the informative posters within the museum. 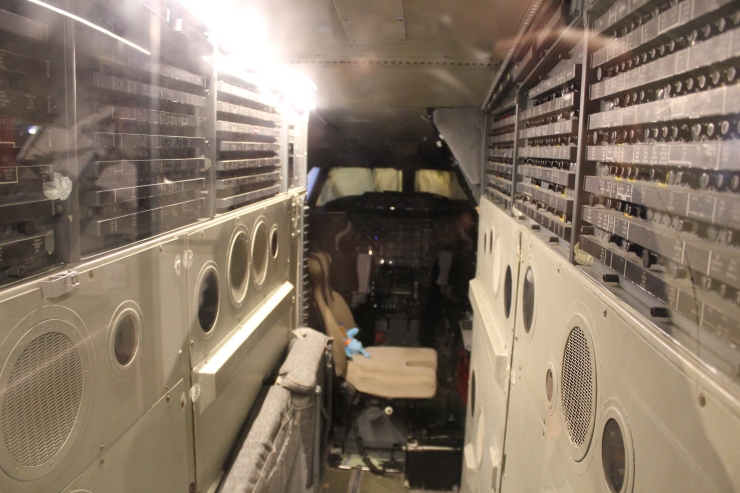 Thankfully there was another Concorde within the hangar itself and this time visitors are able to enter the aircraft. Surprisingly, the Concorde has quite a low headroom, probably obvious from its structure from the outside but anyone taller than myself (182cm) would have to crouch down when walking down the aisle.

A mock-up of the huge Airbus site here at Toulouse.

Some of the smaller exhibits in the museum.

Also featuring the Airbus 300B, a wide-body twin-engine jet airliner that was developed and manufactured by Airbus. Formally announced in 1969 and first flying in October 1972, it holds the distinction of being the world’s first twin-engined widebody airliner.

The A300’s interior was a bit of mixed feeling. The front part of the fuselage was stripped from the inner panels to show the belly and inner structure of the fuselage. Interestingly, it has a modern cabin fitted towards the rear of the aircraft, not entirely sure on the purpose of that?

Another notable mention would be the Super Guppy. Before the A300 Beluga came around, it used to transport wings or fuselage sections between assembly lines.

Here’s a Super Guppy fun fact: the flight control cables run through the main deck floor as pictured above, so each time the aircraft’s nose was opened for loading, the 40 or so cables had to be disconnected and then reconnected before the aircraft could fly again.

From an aviation enthusiast perspective, with numerous exhibits with great history, it was eye-opening but that said, the aircrafts on exhibition seem to have fresh paints and look brand new, hence the efforts in restoring and preserving the exhibits are commendable. The interiors are well-kept and one can access both the test Concorde as well as the A300B which is amazing! One thing to note is that access to the cockpits are restricted, but apparently this is usual for aviation museums, and open cockpit days are organized a few times a year.

From a general public perspective, the contrast here to the factory tour is that more families with little kids or teens visitors are noted, and they looked like they were enjoying themselves. There are a number of interactive experiences in the hangar, like a simple flight simulator, an airline customization simulator and a little cinema. There are plaques next to every aircraft with a description and one can walk either under or close to every aircraft, which is very impressive especially for the bigger machines like the A300 and the Concorde in particular (given that the one outside the hangar is being cordoned off)!

All in all, the Aeroscopia museum is a good complement to the factory tours offered and I would recommend doing both during your visit if time permits!